Shemah Ladania Crosby was crowned the Choctaw Indian Princess Wednesday night out of a field of 13 contestants.

When it was announced she had won. Crosby said at first she didn’t understand they had called her name.

“I was still looking at some of the girls, saying aren’t you the winner,” Crosby said. “And then they opened up their arms to me and I realized I had won.”

There was a lapse of about an hour after the final competition and the announcement.

“It was extremely nerve-wracking,” Crosby said. “I calmed myself down by listening to Beyonce and talking to the other girls. I tried to not think about it.

“Then when the time came, I just burst out in tears. I still can’t believe it.”

Crosby was sponsored by the Pearl River R.V. Park. She lives in the Standing Pine Community and is the daughter of Lane Denson and Oga Crosby.

She said once she decided to enter the Princess pageant, it took about two months to prepare.

“I wanted to be the pride of my people,” Crosby said. “Also, I wanted the people who passed on to be proud of me, too. All of my ancestors, particularly my grandmother, Lena Denson, the former first lady. She passed of COVID-19 last year. I am so glad we are at the Fair this summer, especially after the terrible year we had last summer.

“It took time to get my dress made,” Crosby said. “I love these dresses so much. They remind me of my grandmother. She used to make dresses like these.”

She knows she has a busy year coming up.

“Right now, I am looking forward to meeting all of my people who are here,” Crosby said, “And then I am going back to school and honoring my tribe the best way that I can.”

Crosby graduated from Choctaw Central in 2020. She is entering her sophomore year at Mississippi State University.

This has turned out to be a very good summer for Crosby. She was named the Choctaw princess and Mississippi State won the College World Series.

“Hail State,” Crosby said. “I didn’t get to go to Omaha. I was preparing for the pageant. But I watched it on TV.”

She is an anthropology major.

She has been a model since 2014 and has had some pictures published. When she was at Choctaw Central, Crosby said she was known as “The Model.”

In her off time, she likes to do bead work and enjoy time with her family.

“During exam week, I love to paint my nails because it calms me down,” Crosby said. “But when I get back home, I play golf with my grandfather. Don’t ask me about my score. And, I go into the garden with him. He makes sure all of his granddaughters work in that garden.”

Before the announcement of the winner, 2019-2021 Choctaw Princess Elisah Monique Jimmie was recognized by the Tribe as her historic two-year reign ended. For more than 30 minutes, friends and well wishers came to the stage to present Jimmie with flowers, gifts and many hugs. Jimmie will be a sophomore at East Central Community College this fall.

A Philadelphia man has been arrested and charged with the statutory rape of a juvenile female in July, the authorities said.

Philadelphia Police are investigating a wreck reported on East Main Street that sent one driver to the hospital on Tuesday morning.

A Philadelphia man has been arrested and charged with molesting a family member under the age of 12, the authorities said. 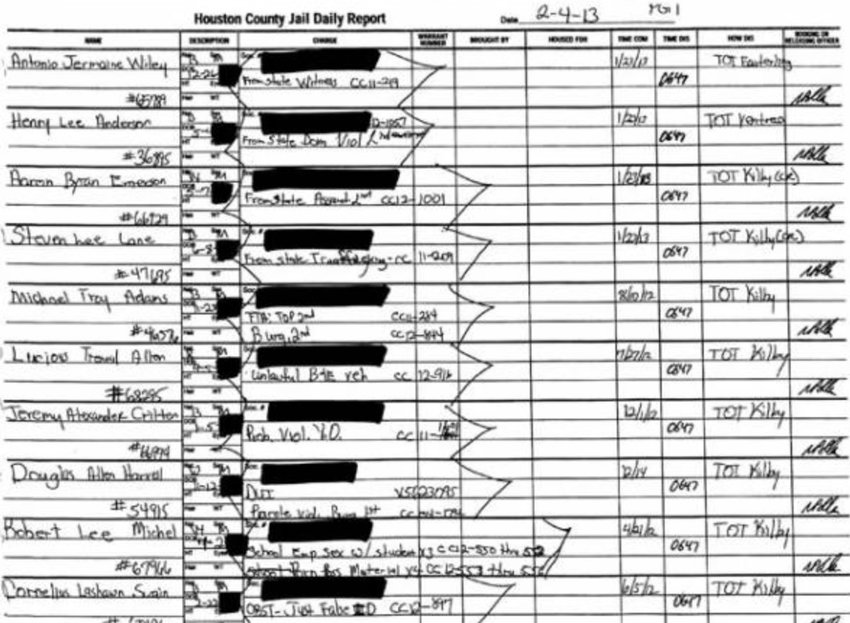 Wreck on East Main sends 1 to hospital
Philadelphia Police are investigating a wreck reported on East Main Street that sent one driver to the hospital on Tuesday morning.